“Did you ask yourself why you were denied entry to Turkey?”

“Do your compatriots ask themselves why?” Foreign Minister Tahsin Ertuğruloğlu had asked regarding Turkish Cypriot intellectuals who were denied entry to Turkey…
Apparently, he doesn’t see them as his own compatriots.

We asked!
I called Ali Bizden and asked him.
In fact, he was serving as the “Presidential Communications Coordinator”. He was the first to be denied entry to Turkey.

– “Did you ask yourself? Why wasn’t I allowed to enter Turkey?”
– “No! I never did because I know very well the reason. The reason is officially documented in the Turkish Republic’s General Directorate of Security Affairs’ system.”

“Call your son-in-law and tell him to come to Ankara immediately! Or things will not be good for you and your family…”

– What was your experience? Why weren’t you allowed entry to Turkey? What happened exactly?
– This process began with a phone call on the evening of August 5, just 68 days before the 2020 TRNC Presidential Elections. A number that began with 0535 and ended with 44… A person who said he is from the ‘governor’s office’ called my father-in-law who lives in Ankara on his mobile phone, telling him he wanted to discuss matters concerning his relatives working abroad and several other issues. The next day, three men in suits went to my father-in-law’s home. He told me the men knew his identification details, where he worked and quite a bit about his personal life. They told him, “We know everything. We are the state.” When my father-in-law requested to see some identification, the men replied, “Forget about IDs, we come from the governor’s office.”

– This is the first time you’re talking about this… Then…
– Yes… This is the first time and I’m reading exactly what is written on the document from the Turkish Police General Directorate… “Your son-in-law named Ali Bizden is an advisor for Akıncı… Akıncı is on the wrong path… Invite your son-in-law to Turkey, tell him to come to Ankara, and inform us when he arrives, we need to talk with him.” These are the words of the men who claimed they were from the governor’s office… My father-in-law was shocked… “If you help us, we will help you… Or it won’t be good for you and your family… Call your son-in-law and tell him to come to Ankara immediately…” A person who introduced himself as Levent says this… He leaves his phone number.

“They even gave the home address and door number of my 19-year-old child who was studying at university in Turkey at the time. It was horrible…

– When did you learn about all this?
– That evening my father-in-law called and told me everything. As if that was not enough, they even gave the home address and door number of my 19-year-old child who was studying at university in Turkey at the time. It was horrible… It was a tense period before the elections… At first, I thought they were fraudsters… I didn’t take them seriously… But I still informed the president. In fact, the president told me to take this matter seriously. So I conveyed the matter to the Press Coordinator at the Turkish Embassy in Nicosia. He passed on the information to the relevant authorities and told me they would get back to me.

– Did you not call the number they gave to your father-in-law?
– I did, but no one picked up. My father-in-law called the number, he received a reply, they asked him when I was coming.

– What happened next?
– There was no result from the Turkish Embassy. But there was an active [telephone] number. It was then that I understood this was not some fraudulent scheme but part of an operation. And so, my father-in-law went to the police station with his lawyer to file a complaint. As a result, an official entry was made into the system of the Turkish Police General Directorate under registry number 2020/927.

– Well, were you contacted directly?
– Yes I was. An old friend called me the same day the complaint was filed in the system and told me I needed to go to Istanbul immediately, that he had an older brother who was waiting for me to discuss business. After telling him about what had happened in Ankara, I explained to him that it would not be safe for me to go to Turkey. A few days later he and his brother came and visited me. He talked about the things he was planning to do in Cyprus. They talked about the large sums of money I could earn, that I wasn’t a bad person, that the Reis [Translator’s note: nickname for Turkish President Recep Tayyip Erdoğan] had been given wrong information about me and they could solve my problem.

– Did anything come out of the complaint you filed with the Ankara police?
– The day after the complaint entered the system, footage from all the CCTV cameras on the street around my father-in-law’s home was collected by anti-terror [police] teams. It’s impossible for police not to detect the three individuals entering the building. A few days later we were informed verbally that they couldn’t find anything. They claimed that the phone used by the person who identified himself as Levent was found dumped somewhere on the Syrian border.

– Did anything else happen until the elections?
– [Mustafa Akıncı‘s] Private Secretary announced to the public that a group from MİT [Turkish Intelligence Service] had met with him. That meeting was for Akıncı to withdraw from the race. My name had come up during that meeting as well. When they asked, “Will you be meeting with Ali?”, the response they got was, “No, his mind works differently, we will not meet with him personally.”

“There is an incapable administration that either derives pleasure from the suffering of its citizens or cannot speak out against it.”

– The elections ended, and they made Akıncı lose. You left your post and months later you went to Istanbul. We learnt about the ‘National Security Threat’ code G82 from you. [Translators note: the official code cited by Turkey’s immigration office when denying Turkish Cypriots entry to Turkey] You were the first to be denied entry to Turkey.
–  I went to Istanbul 9 months after the elections. Everyone knows what happened at the airport… The decision to deny my entry to Turkey was taken on September 8, 2020. Just after the threats and blackmail operation in Ankara…

– So you must have addressed Mr Tahsin’s curiosity now.
– That too is interesting… Because the day after I was denied entry to Turkey, the TRNC Ministry of Foreign Affairs issued a press statement saying that it had launched all necessary initiatives and that consultations with the authorities of the Turkish Republic would continue. In fact, the statement read, ‘our ministry, our Embassy in Ankara and Consulate in Istanbul have launched all necessary initiatives with the relevant authorities of the Republic of Turkey. Our consultations with the relevant authorities of the Republic of Turkey regarding the situation of our citizens continue.’ This is the statement dated July 7! Now he [Ertuğruloğlu] is saying he can’t inquire about this issue. But he did!

– Did you launch any initiative after all these developments?
– I chose to wait for a while because the issue was political. After our elders in Ankara experienced serious health problems I applied, through my lawyer, to the Turkish Embassy in Nicosia on September 16, 2021, asking for the ban to be lifted. The application was received by the consul general himself. He told me he could not give me a registration number as they were receiving a great number of applications at the time. He said I could contact him directly. The next day the ambassador informed me in person that they had received my request and that it had been passed on to the relevant authorities. But I have received no information since then.

– What did you feel about Mr Tahsin’s remarks in parliament?
– The remarks made by both Mr [Erhan] Arıklı and Mr Tahsin [Ertuğruloğlu] in parliament support the violation of rights I have been subjected to. There is an incapable administration that either derives pleasure from the suffering of its citizens or cannot speak out against it. Their hope of gaining political points from this shameful situation is a pitiful sight. Has Mr Tahsin ever asked himself how he has become so insensitive, irresponsible and weak-willed that he cares not to defend the rights of his citizens? I feel shame again and again on their behalf, every time I think of all that has happened.

Source: HE ASKED HIMSELF AND THEN TOLD HIS STORY FOR THE FIRST TIME 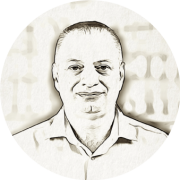 CENK MUTLUYAKALI | YENİDÜZEN
Born in 1971 in the town of Limassol, Cyprus, Cenk Mutluyakalı migrated to Kyrenia together with his family after the war. He began journalism at KIBRIS newspaper in 1989. He took part in establishing the United Media Group. Currently he writes daily essays, news reports and interviews for Yenidüzen newspaper. He served as the President of the Turkish Cypriot Press Card Commission and Turkish Cypriot Journalists Association. He was awarded with various prizes throughout his career, the most recent being the “Peace Journalism Prize” by the bicommunal New Cyprus Association. Mutluyakalı is an author of published books of essays and interviews. He is also the author of a novel titled “Salıncak” (Swing) published by Kor Kitap. 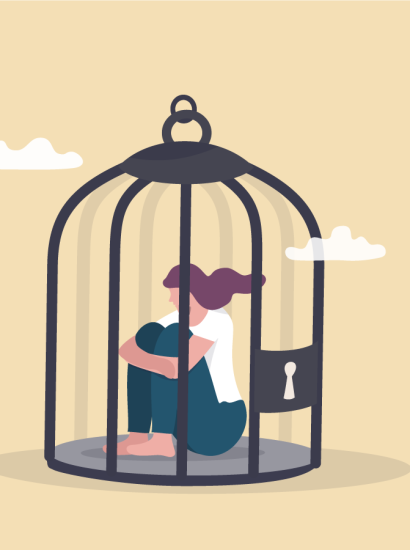 TEACHERS PREVENTED FROM GOING TO EUROPE 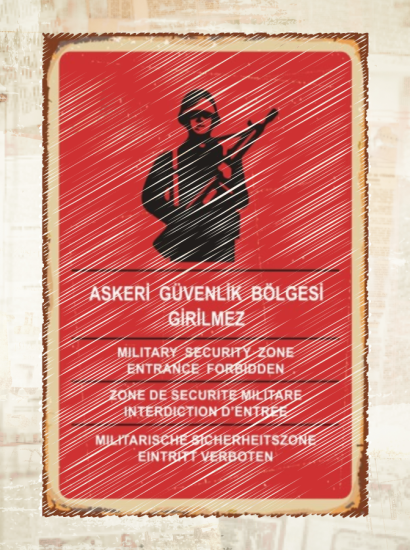 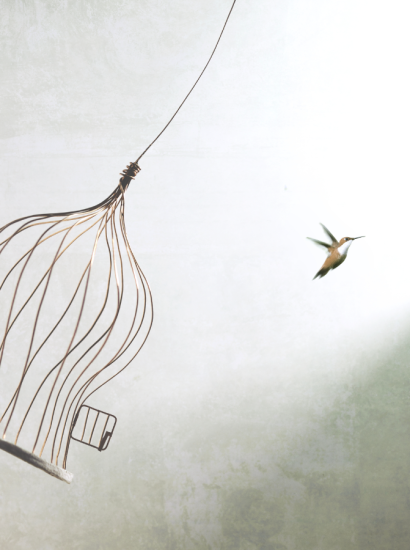